Salt is a white crystalline substance that gives the sea its characteristic taste .it is mostly used to season and preserve the food. Salt is a mineral that is immensely important for humans, animals. It is widely used in many industries. It has been used to preserve and season the food for thousands of years. The ancient people had been using the salt to treat many medical conditions like diarrhea, sores, swellings, and allergies. People used to spend time in the salt caves to treat respiratory disorders.

There are different types of salt depending on their origin, texture, color, and taste e.g table salt, kosher salt, Himalayan salt, and sea salt. All these kinds of salt differ in their mineral content too.

Any substance formed as a result of a reaction between an acid and a base is called salt.

Table salt is obtained from the mineral halite by removing the toxic minerals from it. Table salt is also obtained by the evaporation of seawater. it contains 98 to 99% sodium chloride and the rest are the additives and caking agents.

Salt is extracted from the rocks by the process of mining which incorporates the use of heavy machinery underground. Seawater or salt lakes are also evaporated by a controlled procedure to obtain salt. Salt is used to season food but it has a wide application in preserving and conserving the food too. When salt is applied to any food, the process of osmosis takes place. This process causes the water to move to an environment of higher salt concentration from an environment of lower salt concentration. In this way, water is removed from the food and the growth of bacteria is inhibited.

Common table salt is also called sodium chloride and the chemical formula for salt is Na Cl. It is clear from the table salt chemical formula that it contains two elements i.e. sodium and chloride. Sir Humpty Davy was the chemist who separated the salt in sodium and chloride for the first time in 1807. These two elements make bound with each other and form a compound that we call sodium chloride or common table salt.

Chemically, common table salt is an ionic compound that is composed of positively charged ion (cat ions-sodium) and the negatively charged ions (an ions-chloride). One sodium cat ion combines with one chlorine anion and form an ionic bond and produce an electrically neutral product that carries no net charge. In chemistry, salts can be classified into two types

Salts with strong acids or strong bases are often odorless whereas the salts with weak acids or weak bases smell like conjugate acid or a conjugate base.

All salts have high melting points and the melting point of NaCl (table salt) is 801 °C. Sodium chloride is a good conductor of electricity in molten form or the form of a solution.

The common table salt chemical formula i.e. Na Cl shows that there occurs a 1:1 ratio of the sodium and chloride ions in the salt. These ions are arranged in a cubic crystal lattice.

The table salt chemical formula is NaCl, but when we get a pure sample of it, we found that it is not NaCl but some anti-caking agents and supplements (iodine) are also added to it.

Epsom salt is a colorless or white crystalline bitter salt with cathartic features. it was originally extracted from the mineral-rich water of EPSOM in the 17th century, in Surry, England. It is also called epsomite. Epsom salt is widely used in medicines. It is also known as Magnesium Sulfate. Magnesium sulfate is used as a laxative to relieve constipation as it increases the amount of water in the intestine. It is also used to exfoliate the skin and to increase the hair volume. Epsom salt bath proves beneficial in relieving muscle soreness and stiffness.

It is a chemical compound, composed of Magnesium, Sulfur, and Oxygen

The chemical formula for Epsom salt shows that it consists of magnesium ( cations) and sulfate (ions). This salt is highly soluble in water. it has an orthorhombic crystalline structure.

When magnesium sulfate is dissolved in water, an endothermic reaction takes place and magnesium and sulfate ions are released. These ions are absorbed by the skin and thus help the body in performing many functions.

e.g an appropriate magnesium level in our body helps in reducing stress and promoting good sleep. However, a higher level of magnesium is dangerous for the body and can cause serious harm.

The Epsom salt chemical formula depicts its molar mass to be 138.361 g mol-1 (MgSO4·H2O), while the other two forms of Magnesium Sulfate are 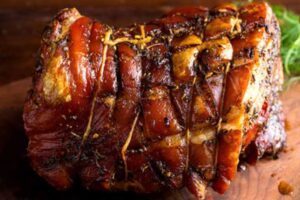 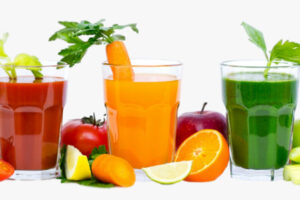 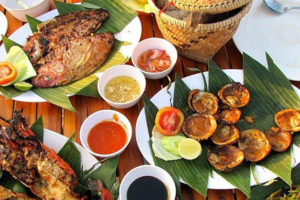 Sweet Ways to Surprise Your Daughter On Her Birthday

The Factor of Make Shopping Online

An Investigation Into The Reasons Behind Inconsistent Reviews

How to be a happy couple? 14 important characteristics of a good relationship

3 Common Mistakes That Are Detrimental to Food Packaging