The ancient Russians ate a lot of bread and other grain-based foods. Their women baked bliny, a kind of flour-based fool, and celebrated important events with kasha, or berry bread. Some other traditional Russian foods were pirogi and kurnik, which were pies filled with meat and vegetables.

Soups also played a big role in the Russian cuisine. Some of the most common soups include shchi, borsch, and ukha. Soups were served in ceramic pots and were eaten with wooden spoons. In addition to soups, Russians also ate salads, and they decorated their dishes with ingredients from the recipe.

Before the 17th century, Russian cuisine was very simple. Root vegetables and cabbage were eaten in many combinations. The food was flavored with spices. In addition to cabbage, Russians also ate all kinds of fish, and many types of mushrooms and berries. These foods could be preserved through smoking, pickling, and salting. These dishes were served as appetizers or entrées.

In the sixteenth and seventeenth centuries, a soup called kal’ya was common. It has since almost disappeared from Russian cuisine. This soup contains pickled cucumbers and water, and it contains more spices than ukha soup. It is usually served with bread, or with a side dish of porridge. Russian cuisine has a rich history, but is very different than the cuisine of other countries.

Traditionally, people valued the freshness of basic ingredients and sought to enhance their natural tastes. This makes Russian cuisine an exquisite example of culinary art. Over the centuries, the Russian people have incorporated dishes from other countries and cultures and developed their own unique flavors.

Russian Food Dates Back To The Tenth Century

The earliest mentions of Russian cuisine date back to the tenth century. In the 10th century, the Arabic astronomer and geographer Ahmad Ibn-Rustah mentioned that Eastern Slaves ate mare’s milk. Later, a European food magazine claimed that the cold soup okroshka was made with beer.

Another traditional dish is borscht, which is a beet soup that is popular throughout the former Soviet states. Although believed to be Ukrainian in origin, it was adapted by the Russians and eventually became one of their most popular dishes. Borscht is inexpensive to make, easy to cook, and can last for weeks.

The dinner table also played an important role during the feast. Nobles followed strict rules for the table setting. The serving methods differed from those of the West. According to Nikolai Kostomarov, there were three types of serving. The first course included soups and light snacks and the second course was a meat and game meal. Finally, there was a fourth change, which included vegetable dishes and desserts.

Learn more about food traditions and how to make delicious recipes from around the world. This website is packed with them, and you don’t have to be a foodie to enjoy them. It includes everything from classic food dishes, recipes and their origins. Do You Know Enough About N2O Chargers? 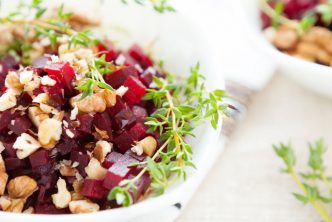 What Are The Healthiest Food Recipes In The World? 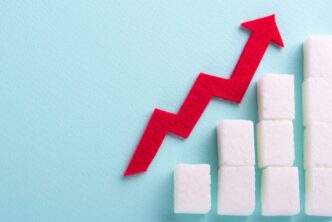